Of Dolls, and Meanings

When we were little, a girl gave my older (and oldest) sister a china doll. In retrospect, she was rather worn and fairly ugly, but Oh, I wanted to hold her! But she was breakable, and I was seven and us younger kids weren't allowed to play with her. We had cloth dolls which my oldest sister painstakingly made; they were intricate and lovely, but they weren't "fancy".
For years after that I wished and wished I had a china doll, and was fairly sick over it. But we didn't have money for things like that, and I knew it, so said nothing.

When I was about 13 a dear older friend took us three younger girls into a large department store. It was our first time in an elevator, our first time in such a fancy store, and while she and Mom looked at plates and sweaters, etc. we 3 younger girls found a rack of china dolls and looked at them with our hands behind our backs.
Our friend came over to look at them too, and decided to buy our pick for each of us girls. I was astonished that Mom okay'd it, (she usually didn't allow people to buy us stuff, not wanting us to feel entitled, I guess!) (We were pretty cute, old fashioned looking kids; little girls in skirts and braids and shy smiles, so I'm sure we could have gotten spoiled into "expecting things".)

It took us three girls the longest time to decide, as we agonized over picking. Finally, I ended with one that reminded me of Anne of Green Gables & named her Rosemary. My sisters chose a chocolate haired one, (which was a different mold, and actually the prettiest) naming her Clara, and a blonde, Maybelle (the same face-mold as mine).
I was weak with joy all the way home, not able to believe that I finally had a real china doll! We played with our dolls carefully; and the younger two used them all summer. Maybelle got several limbs broken, but we always glued her up again, and patched and mended the occasional disconnected body part.*

My doll sat off to the side while I read book after book, for I was really growing out of doll-playing, even if not out of doll-wanting.
I still have Rosemary, her hair is a little matted, and I wish I'd chosen a different hair color.
I wish I knew some little girl, (littler than 13) who would love to have a china doll as much as I wanted one. But all the kids I know aren't careful with their toys, and the doll would surely be doomed. I don't know people who patch their dolls, or even that don't have many already.
When I look at her I am struck with the dichotomy of what we desperately want, and what actually holds lasting meaning. I will not willingly part with the intricate, cloth dolls my sister sewed, they are precious and real in a way that only the Velveteen Rabbit could understand. Rosemary came over in a crate of shiny boxes from the Orient, and stood glassy eyed in a department store with scores of her sisters for who knows how many weeks. She reminds be of that dear, wonderful lady who touched our lives with her vivacity and enthusiasm and taught Mom how to be infectiously joyful despite the hardships life can bring in secret. As I have grown, the memory of this has helped me be brave and give cheer to others even if I sometimes don't feel it myself. She is a memory I cherish, and her generous spirit is only shown a tiny bit in the gift of the china dolls. I would remember her without Rosemary... and sometimes I think that what we want is not the point.

It's what we can take into ourselves that mean things.

And items can hold meanings, sometimes enough to warrant keeping them, sometimes not as much as we think.

(*Sidenote: Poor Maybelle actually had several severe problems... including stuffing issues to the point where she couldn't sit straight. So our brother did surgery on her, un-stitching her seam, taking out the offending material, and stitching her back up. It was quite the spectator event!)
Posted by E. KaIser Writes at 7:02 PM 7 comments:

Email ThisBlogThis!Share to TwitterShare to FacebookShare to Pinterest
Labels: life

How I did on NaNoWriMo

Yes, that is about how happy I am to be able to say that.  It is not like I didn't appreciate it while it was here, but 50k words later, I am very, Very VERY ready to say goodbye to the month and move on to a little different headspace for a while. My creativity is strained and sprained and feeling mighty sore, but the words I got out were mostly good, high quality ones... even if I had to slip into Science Fiction scenarios there at the end.
(Hey! Some day I'll have a crack-shot group of sci-fi story lines... )


Then on the 5th my sister had a cattle working accident that bashed her teeth in, and we spent all day in town at the oral surgeon's for emergency dental care. I was pretty worried about the situation; stressed and keyed up... and didn't write that day, or the next.
I barely made any progress the third day, and (I think,) the next two either.

My mojo was just gone. I had nothing to say.


Then I recovered my creativity and started to write. I was determined to make up the lapse, and even pull ahead.
At this point I was like this:

I wrote hard, pulling those emotions out of the clouds, making things tough.
I made it to my goal post, but had a hard time keeping up later.

I flagged, I felt exhausted.


I struggled to find compelling scenes to drag me back into the world of my tale.

Then on 13th, it happened. I surged forward! The story was a wild thing, and I was riding it, hanging on for dear life! We sailed forward toward the horizon!

I over shot the line! I got down great scenes, sweeping complications of people trying to do their own thing in a world that draws harsh lines. Hard things. Sad things.
I fell behind once, but it didn't bother me. The tale was coming, in bursts and snippets. The words bubbled up and sank away again, ebbing and tiding like an ocean of meaning that would fill my cupped hands, and now flee away.

Then it simmered down to a faint  hum, and wouldn't sing to me any more.

But not much inspiration.
This was starting to get serious. My lack of fire in the direction of my story was worrying me. Had I overworked the plot? Were there not enough holes for my imagination to play with? Were there too many?

I cut off into a new direction... pitting hero against a dragon, on a burnt and blasted wasteland.
That was a lot of fun to write, and so I allowed my imagination out to play. I switched between "real stuff" and "playing stuff", and kept on track with the word count goals.

Then it was the thirtieth. And I needed 2000 words by midnight to officially make it.

I didn't feel good. My brain felt fogged. I was sick.


But there it was: the fact!

So I tackled what may be the toughest scene in the book. The one where the hero finally understands he has to make the right choice, even if it takes everything from him.

I typed madly at the keyboard on that afternoon, determined to make it those last couple of thousand.
I was kind of like this:

But he fought me. Why would he give everything up? He's had it good, he's done it his way. What would make him change his whole mindset, his whole life? When he has nothing to gain, and everything to loose? Hasn't he already lost enough? Shouldn't he hold tight to the things he has left to him?
Grrr!!

So I had him turn aside to a small spring, and there he met a young man. They talked. He pondered. Time slipped away....

My MC still hadn't decided to commit. All the way in.


Or found a way to resolve this pivotal scene. 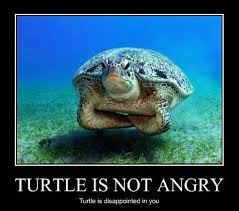 But I couldn't find a way. I thought I was getting close, read it to my sister, and she said "That's not a believable change."
So I quit writing and watched a movie with Dad and was like this:

The next day was December first.

I walked around kind of jittery, trying to remind myself that there was no required word count today. That I was free. But I didn't really believe it. Not totally. It hadn't sunk in.
So I was kind of like this: 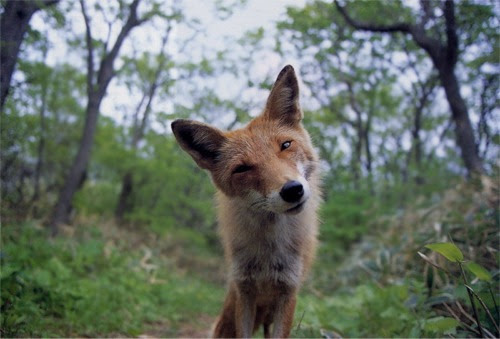 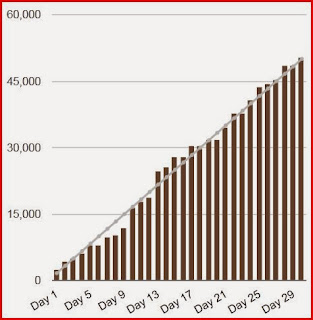 Then it was the 2nd.

I checked my NaNo profile.


And this:
Sure there was a lot left to write. And my hero's turning point would come. Later...

But right now: there was a whole lot less left to be written. So that was my November.