I'm always excited to hear that fans of my books are taking the scary step and beginning to share their own work with others! I well remember being there... writers are a 'quiet type', and it's a big leap for the secretive creativity that grows best tucked away safe and sound in the deepest parts of your mind, slowly unfurling it's mysteries to no one but the inner eye.

But a writer can't grow by keeping everything hidden, and so putting one's efforts out there is a necessary step... and one that can be very intimidating!
I know it took me a long, long time before I even showed my sisters what I'd been writing when no one was around...!!!

But a fan and reviewer, Shantelle Mary Hannu, is now taking that step, and is preparing to release her first work; a Cinderella retelling.
She's collaborated with a friend to make up the cover art for her, and today is her cover reveal, the first step toward release!!! 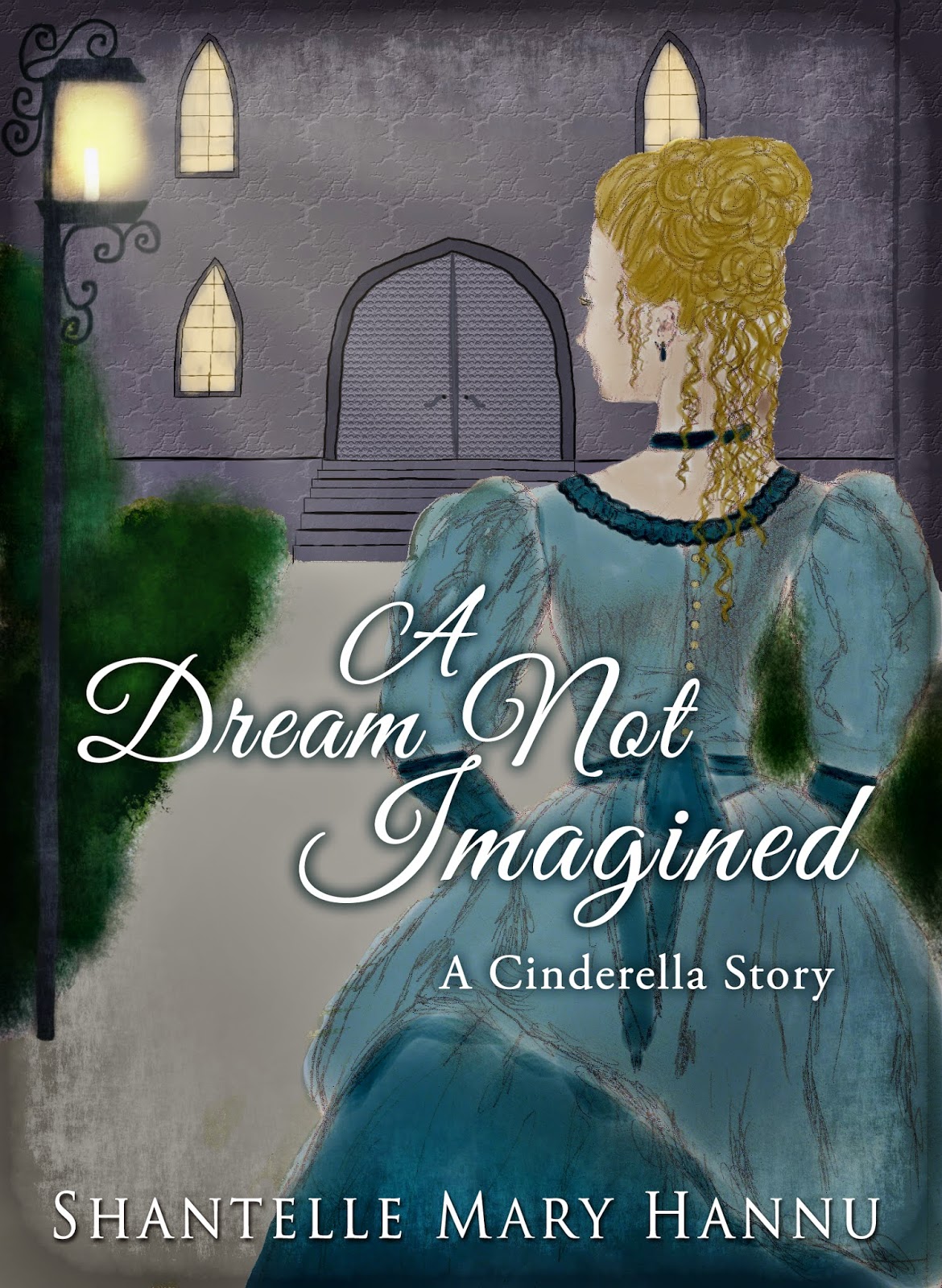 A MAID, a PRINCE, and a DUKE. A GARDENER, a STEPMOTHER, and a secret...

But it could be that her own stepsisters, conniving Dezmarie and easily-influenced Adelaide, are dreaming the same dream...of the same prince.

In the end, are dreams even all they're made out to be? Especially with deep and long-hidden secrets about to be unearthed?

A Dream Not Imagined is a non-magical fairytale novella based loosely on the classic tale of Cinderella.


"Great job, Shantelle Mary! You've done a really good job with putting your Cover Reveal Tour together, and I look forward to seeing where you go in future!!" E. Kaiser Writes 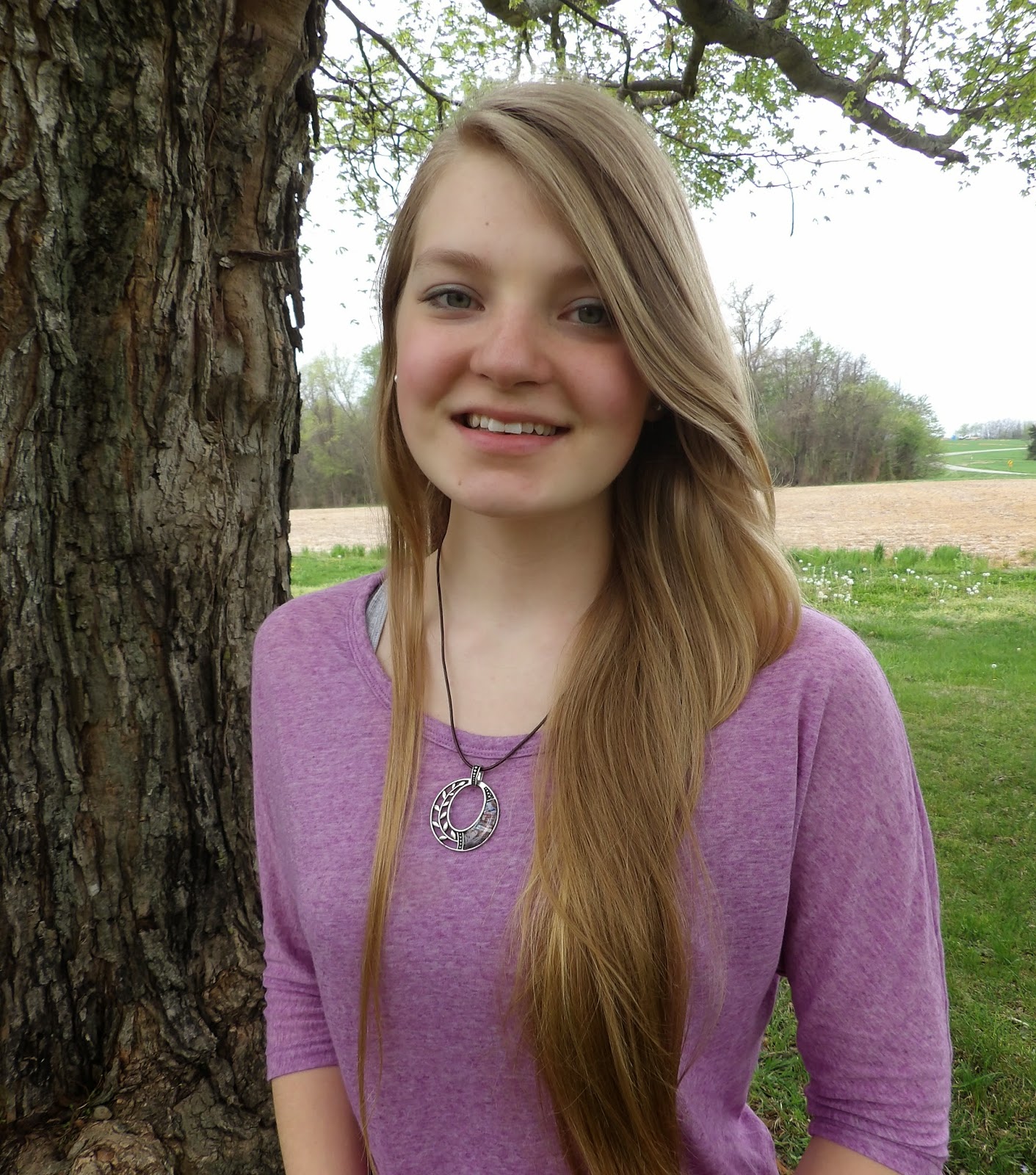 Shantelle Mary Hannu was born in the mountainous west, spending her golden childhood years there. Since then, she has relocated time and again with her parents and seven siblings, making cherished memories in both the South and Central United States.
A Christian homeschool graduate, Shantelle has a passion for writing and all things books. From a young age she’s been penning tales with a hope of sharing with the world adventurous and soul-stirring stories that bring glory to God.
A Dream Not Imagined, a fairytale novella, will be her first published book. She’s currently preparing a full-length fantasy novel for publication as well, and working on its sequel.
Shantelle blogs at A Writer’s Heart: http://shantellemaryh.blogspot.com/ about her stories, favorite books and movies (with reviews), healthy wheat-free recipes, and hosts fellow authors, among other things. One of her joys is connecting with fellow writers and readers! You can also find her on:
Facebook: Shantelle Mary Hannu, Author
Twitter: @shantellemary
Goodreads: Shantelle Mary Hannu
Google+: Shantelle H.
&
Pinterest: ShantelleH.

Natasha H. is an aspiring photographer and also loves drawing and painting. A Dream Not Imagined is the first book she has drawn the cover picture for.
Learn more about her work at her blog: http://tashahphotography.blogspot.com/

HaydenWand at The Story Girl

Amber Stokes at Seasons of Humility

Ghost Ryter at Anything, Everything

Deborah O’Carroll at The Road of a Writer

Alyssa-Faith at The American Anglophile

Hannah Williams at The Writer’s Window

Natasha H. at Through My Lens (+ review)

Allison Ruvidich at The Art of Storytelling

Tricia Mingerink at The Pen of a Ready Writer

Hey Everybody!!!
How's things been going with me? Well, thanks for asking... it's been going in fits and starts, so that's my writing!!

I'm a hare-like writer, not a turtle... which I guess fits into everything I do. I binge.

Sewing, quilting, everything. I'll stay up late into the night, skip meals, everything... then I hit a wall and the project is on halt, totally "done in" for days. Can't think of what to do next, even if it's just putting a seam into a jacket I'm remaking.
This very minute I'm wearing a (beautiful, crimson, 100% wool) jacket that spent all winter on my mannequin in my room half torn apart. I'm making it over from a boxy, 80's style long coat, into a shorter, fitted jacket; that tucks in at the waist and then "peplum-s" out over the hips. To this day it is
still not all finished.
Last fall I got the necessary seams ripped, and the darts pinned and most of the things in mind set in, but then I was seized with indecision and couldn't bring myself to sew anything down.
So it adorned my mannequin all winter, and then at the beginning of this month (or perhaps last) I suddenly had the idea to wear it around the house in it's pinned up state. I loved the way it wore, and so got the courage to sew down the various seams necessary to remove the pins. One at a time, on various days... I'm almost done now.
All that remains is to put a finish on the hem, (sadly, I cut the swoop differently on either side, and now am violently in love with the longer side... so much so that I cannot in conscious settle to even it. So am I going to figure out a way to put some back onto the shorter side? No idea. Maybe. Stay tuned.)
...and also, have decided to leave slashes in the peplum part instead of inserting gussets the way I had originally thought. So those need to be closed up.
And also I need to whip-stitch or else zigzag the top button hole I cut for the double breasted look. Right now it's just got a incremental machine stitch around the slash to hold it from unraveling... but I'll need to finish that off too.

Anyway.. so yes! The good news? It's so warm! I'm loving it... and I also still love the way the sleeves were set in, kind of blousey for a wool coat, which gives it a kind of Edwardian/redingote style look.
Love it. So cute.
Also, the color is very crimson, which makes me happy. And since it's a blue based red, it doesn't make me look dead, which is a source of joy!

(Reds/oranges and I are not the best of friends... though I have often pined over a beautiful red that refuses to be my friend. So it there is a little-girl glee in now wearing a red that is amiable toward my complexion, and I feel that much warmer just seeing it whenever I glance down!

)
Anyway, it has a semi-military fit to it, which I've always admired. The old uniforms of previous centuries were often so very snazzy!
In future I can always put some black embellishments on to enhance that feel, and maybe some gold. (Possibly braid?

)
Though I might ought to go with silver if I do, because I'm a silver-ish person, and this red goes with me, so it probably deserves silver, too.
Anyway, all that to say, Yes! I'm writing along in fits and starts, and am now up to 9k on my Camp NaNo project, the Beaded Slipper. This Cinderella is turning out to be quite different than the others, which I'm really liking... because I've never cared for the passivity of the original character.
Elinor has much more on her mind than just having a night off... and she may possibly be influenced by the illustrious Miss Dashwood where she partially borrows her name from, but she is much more "step up to the bat" then Jane Austen's heroine, as well.

So! That's my progress on April's 20k goal... which if things go well, I hope to up to 30k goal for Camp NaNo. It's always so satisfying to get more done on a Camp NaNo month than usual months... and the Beaded Slipper can use the progress!
Seeing as it is the earliest, chronologically, in the series... I want to have it ready to release as soon as possible, and it seems to have slipped a bit, sort of fallen behind it's second sibling the dashing Twelve Dark Knights. (Oooh!! But that one is so much fun! It's stolen most of my "free time" writing... so Beaded Slipper has to be scheduled into existence!!!)
I also need to work on a cover to draw inspiration from...