How To Plot Your Novel: Into the Arc Theory 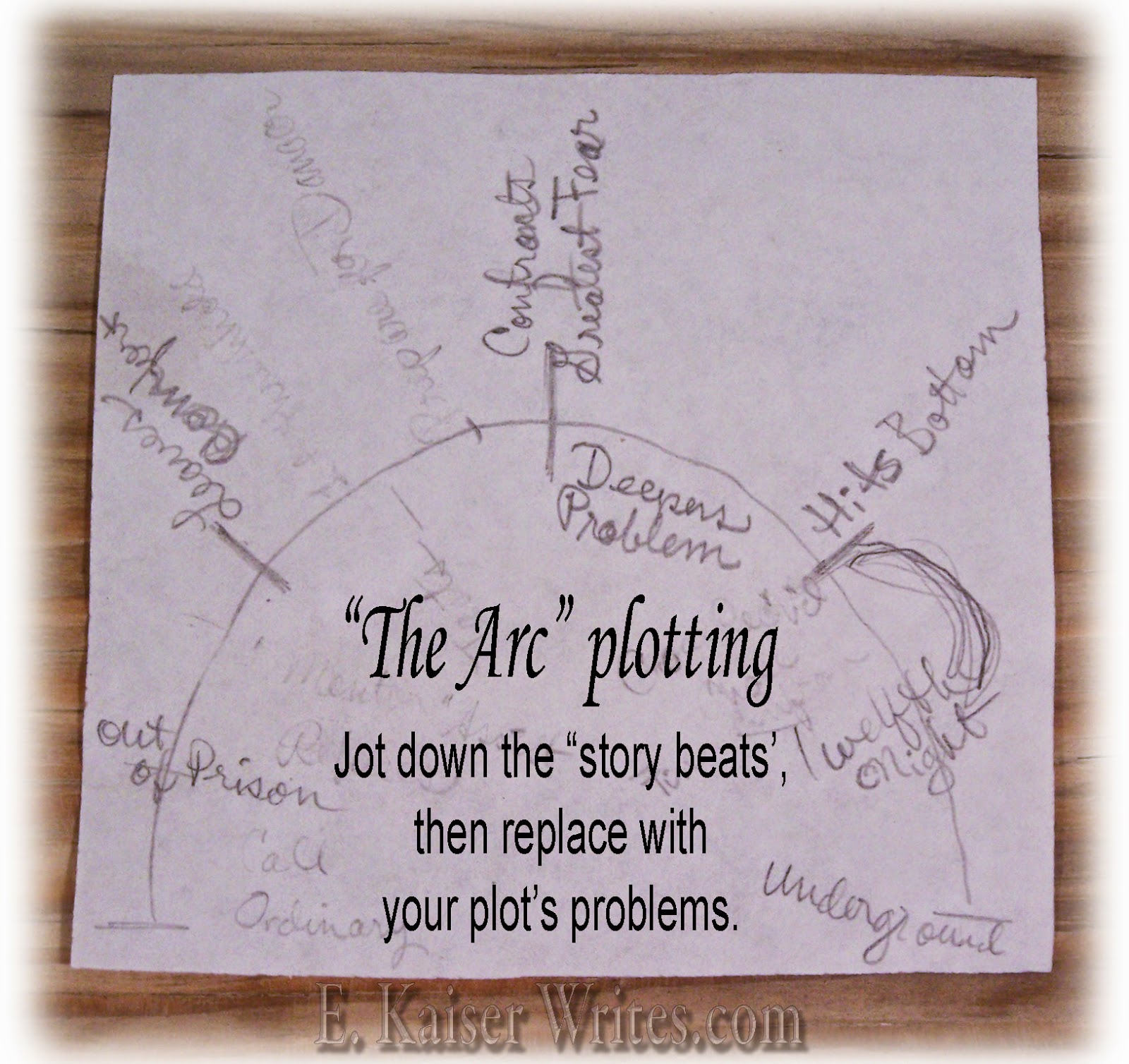 Third post in How to Plot Your Novel series. Here we explore an in depth look at the "Arc Theory" technique introduced in the last episode of my very own tips; Plotting For Pansters.

A:  Never fear! Stay calm. There is absolutely no reason to panic.
Even though we're pansters here, and there is that mean, growling word "plotting" hanging around a lot, I'm going to show you that ol' shadow monster is actually the reflection of a puppy dog in front of a bulls-eye lantern. 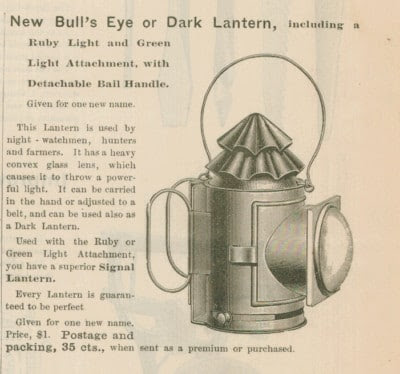 So, as I was saying... think about getting your plot-lines figured the same way you approach arranging food on your plate at a buffet. There's no hard and fast rule about the mashed potatoes going in the upper right corner... but you do know that the potatoes had better be between  the creamed corn and the roast with gravy.
It'll just taste better that way.

In the same vein,  the exciting dramatic points in your story taste better when dividing up the less sparkly, thoughtful stuff. So keep that in mind when you're spreading your ideas around the arc that you made last time.

Boil down your plot points to a spare few words. Two is good. One is even better!
So, say it's that robber/mystery in Texas from our Road Map post.

The City would go over here at the left hand corner, 'cause that's where they start from. Pencil in "Meet" next to it. You'll have to figure out how they meet later... or maybe you already have an idea. (Is at a cafe, where they both order lunch? Or when the one fender bends the other at a stop light?)

Maybe the Shabby Hotel would go at the top of the arc, at the midway point. Cause right after that scene our mis-matched protags break up in disgust with each other after the argument... and then travel their separate ways to each find out a different clue which they will use when their paths cross again, (and they've simmered down enough to forgive each other.)

So put "Shabby Hotel" up  there, sticking out from the arc. Then scribble "argue - split up" underneath that.

There you have it! Your climactic middle scene.

So... then, the "Prison" part would be half-way between the two. This is at the place where the Rule of Arc, (or Story Beats) dictate entering the Uncomfort Zone.
Well, say one of them has a jailbird past, and going back into the pen as a visitor gives him a bad case of raised heart rate.
That's a definite Uncomfort Zone.
(Poor character. They're just going to get more Uncomfortable from here on out!)

(Write that. Write the reaction and the self control it takes to make themselves go back behind those iron gates... a testament to their drive and dedication to solving the case.)


Do you have an end scene in mind? No?

Not a problem. Do you have any idea how it'll work out?
Yes? Good. Maybe put "Robber Caught" at the other end.

And when you get the idea; "Oooo! Must write that argument scene at the shortcut!" jot that scene down in it's approximate place. This will remind you what you have so far, and can keep you from writing the same scenes twice.
(What?! You've never done that? I'm the only one???)

And if you get a nifty idea, and write a real whip-cracker of a scene, then boil it down to one key word and jot it in on the arc. That way you can easily see your progress at a glance.

Keep this with you, and whenever you get a really sparkly idea, whip this little plot arc out and jot down the one or two word code that will recall that idea whenever you read it. Then the next time you are at your writing place, just take a gander at this handy little arc sheet, (or big arc sheet, which is better, with more room for jotting.)

And there you have it!
Off you go, fingers flying like the wind!

(But seriously... have you ever written a scene, then forgot you'd written it, and then wrote it again, slightly different? And then couldn't decide which scene to keep, because they each had good parts, but totally cannot ever, ever, ever mesh????)

Posted by E. KaIser Writes at 6:30 PM No comments:

Plot Arcs: How to Use Them in Your Novel

Second post in How to Plot Your Novel series. Here we explore a another technique I use, which can help you Pansters Plot your Novels.

Q: How do you plan a plot arc?

A: Okay! People have been asking me about my methods of tracking plots, and since I'm a panster this is a big topic with me.

All of you plotters can take your Excell spreadsheets and binders full of detailed notes for each scene and step outside with those now.


(...Or you can hang around. You know, just for fun, and to laugh up your sleeve at other people's problems.)

All right! Onward to glory we go!  (Props if you recognize that song...)

As a major panster, I've had a hard time coming up with a plotting method that actually works with my "all over the place" writing style. I can't tell you how many different ones I've tried, but most of them failed miserably.

Okay, so here it is! The What Works For Me deepest secrets.


We all know by this point that story arcs basically kind of have a similar shape all the time.

Or Act 1, Act 2, Act 3, if you're into that. (Personally, it always really bugs me that Act 2 has three parts, and they still call it a "Three Act Structure". What?! Who did you get to do your counting for you?)

Or some people get all into the Hero's Journey, and the book that shares that name.


Myself, I just want to write the story.
So here's the "Arc Plot" that enables me to do just that.

Draw a half circle. (All right fine, it's more than half a circle! Just make a big loop out there that covers most of your paper.)
Divide this arc in half with a little line at the top. Then divide each half in half with another mark.

You start at the Ordinary, move to Uncomfort Zone, on 'til you reach Confrontation/Greatest Fear. That is your climax, or the midway point of your story.
(Some tales' climax is longer than others, and so it can slide into the Deepens Problem territory. That's totally okay.)

Half way between the middle and the end of the book you come to Hits Bottom. This is a great place where you can have fun with making things look really bad for the protagonists and their dearly held dreams.
Really turn the lights out on this!

And then... oops! They turn things around! It's not that bad after all, and they all go home and be cozy in their caves.

They have faced their fears and mastered them, (as well as the Big Bad). This makes them not only safe once more, but they actually have grown and have a bigger comfort zone than they had before.

(And while you're at it, you can get really creative and use the brightest, most diverse range of colors! Make one stand for one thing, and so on, that way you're creative muscle can easily see what's going on and get inspired!!! :-)

Next time we'll get into the details of how to really make this Arc Plotter your own.

How to Plot Your Novel with the "Road Map" technique

Okay! In honor of November being NaNoWriMo, with all those writers determinedly writing, I thought now might be a good idea to break down and put up those novel plotting posts I've been asked about.
(Also, a good idea to write them, first.)

I'm thinking I'll call this series "How to Plot Your Novel ... or Plotting For Pansters".

Q: I know specific plot points my novel is wanting, but I'm unsure about how to figure out what goes between them. Any suggestions?

Start writing madly with every plot point you have in mind. You can make a "road map" on a piece of paper, jotting down the main important destinations. Big City  - - - -  Visit Prison (to check up with incarcerated witness) - - - - Shabby Hotel - - - - etc.  Then, when you're writing along, and suddenly in the Shabby Hotel your MC yells, mid argument, "I told you we shouldn't have taken that stupid short cut! If you'd have listened to me, we would have been here hours ago, and that little girl never would have been shot in the bank robbery, 'cause we would have stopped it before it happened!!!"

Then make a note in your road map.

In between Prison and Shabby Hotel jot down "Short cut - argue about". There you have another scene that you will need to write so readers will know why your MC is so mad about not being listened to.

You can use symbols, or scribble pictures... whatever will spark your memory later on.

This is the method I use, and it works really well for me. So long as I am faithfully following the story by putting down on paper the scenes I DO know, the others will generally follow... like clues on a mystery case. As the writer/detective you get a feel for where you need to go, (and take your readers along with you) next.

Hope this helps!!!
Have a good NaNo!
Elizabeth
Posted by E. KaIser Writes at 2:59 PM 7 comments: