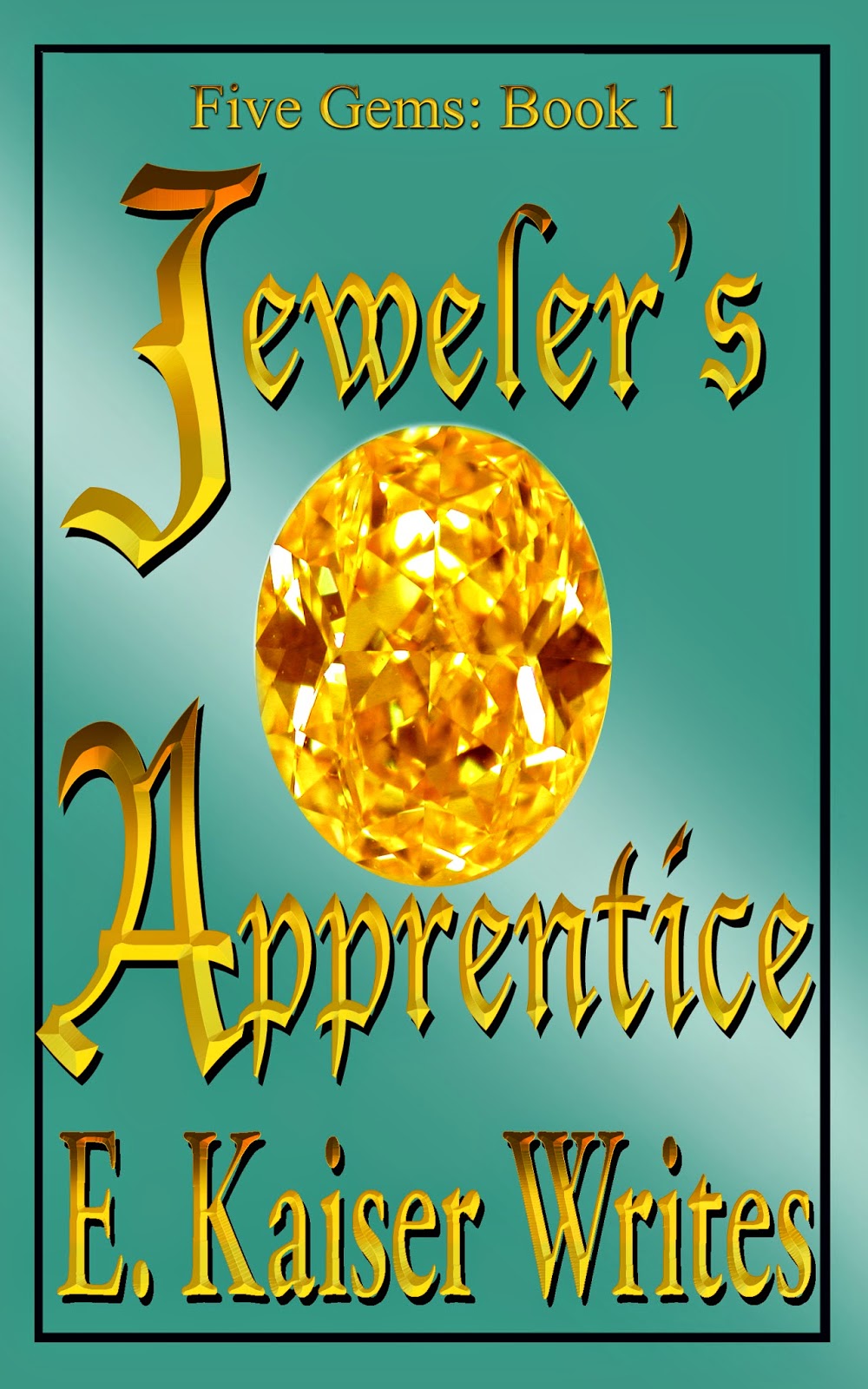 Jeweler's Apprentice is available in e-book format from Amazon.

Description:
On her first visit to the palace 16 year old Fia Brithin stumbles onto a court secret. To keep the secret safe, the Chancelor sends her off as apprentice to a famous, reclusive, high mountain jeweler.
...And straight into adventure.
Discovering gems with deep secrets and new friends with the same, Fia learns a whole lot more than just modeling wax. When to trust a stranger, and when not to; why not to try stealing from gem thieves; what heroism is, what royalty ought to be, and that the mountains themselves can sometimes be the greatest danger of all.

This is the first book in the series, and sets the stage for Fia's further adventures while containing it's own story arc. Here, Fia starts out as an inexperienced, bookish girl, and learns... well, you can see what she has learned by the end of Jeweler's Apprentice. 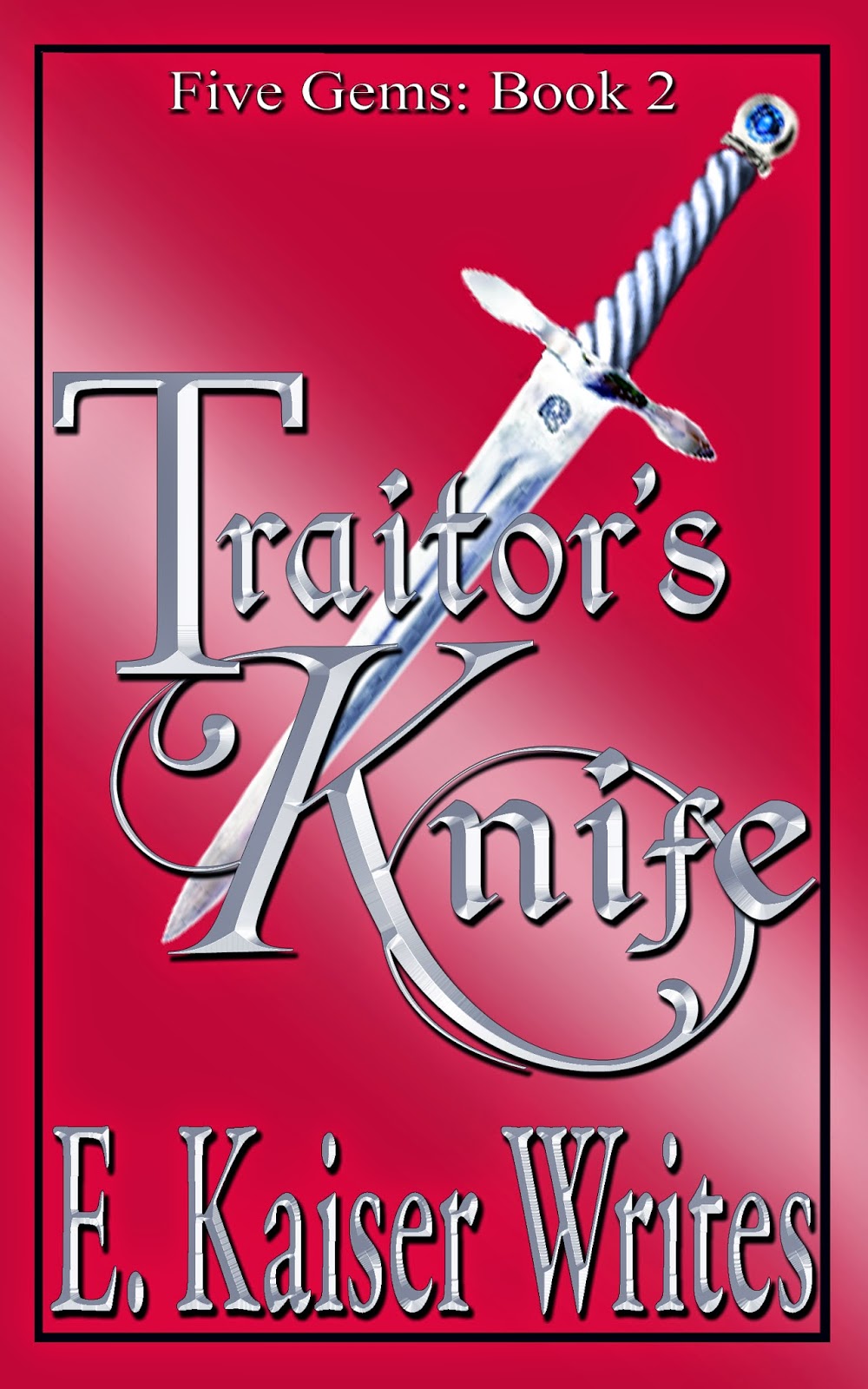 Amazon review;
“The Jeweler's Apprentice is the kind of story I can see preteen girls enjoying as they sympathize with Fia's struggles and journey to maturity. There isn't much battlefield action here, but there is enough intrigue and relational challenges to keep things interesting. While there is moral conflict, and the main characters sometimes make wrong choices, the content is appropriate for all ages and wrong is clearly distinguished from right.”


Book excerpt: Jeweler's Apprentice
"...The shiver that ran across her skin had nothing to do with the cool breeze coming down from the mountain, as her eyes searched the arbors ahead for another glimpse of the first shadow. What if they needed warned? Thoughts of intrigue hemmed around her, the turmoil in the neighboring kingdom of Othira made every whisper ominous. With her footsteps covered by the sound of the wind rustling in the leaves she hurried length-wise through the arbors, desperately hoping to discover the identity of the followed.

Then she saw it; an open doorway in the wall and a slight figure robed in a dark color, perhaps blue or green. The hood was pulled over the head, but as the figure turned and glanced back, Fia saw a twinkle of silver at the throat and the flash of a lovely face.
The Princess Illyria! Fia’s breath came in sharply. That twinkle was from the necklace the princess had been wearing a few hours ago in the royal dining hall. Fia had seen it only that afternoon on her brother-in-law’s workbench. The priceless work of the Olayin jewelers was too fine a thing to be worn on a casual outing.
But what was the princess doing, hurrying through her own gardens like a thief? And who was the man that followed her so stealthily? He must have shrunk back into the shadows.
Then, just as quickly as the princess had paused, she turned again and was gone through the doorway into the night.
Fia stood rooted to the spot. Oh, what was she to do? Ought she to return? But by the time she got back, found someone, told the story and came back, the two would both have disappeared to who knows where. Perhaps the princess was being lured out with foul intent. That man who followed… Fia knew in her bones he was up to no good."