Today is the first of November, so that means that WriMos everywhere need to be focusing on their novels and getting that 50k down. This includes me, and you can bet I'll be doing just that this month!
I've got some NaNo posts coming up starting Tues, but right now I've got a release announcement from two authors who are releasing their novels today!
First up...
Adventures and Adversities by Sarah Holman 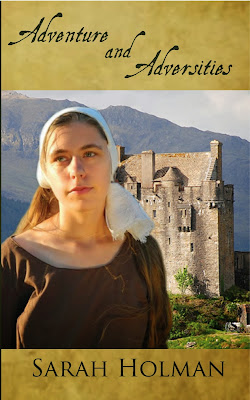 One day Alditha is content living with her family, the next she is taking her friends place to serve at the king’s castle.  Her father's final instructions, to keep smiling and to do what is right, will be harder to live out then she ever imagined. She will face a royal nephew who delights in making people miserable, an angry servant girl that will stop at nothing to get what she wants, and noblemen who plot murder. Will she be able to keep the promise she made to her father? Will she find the faith she longs for during all her Adventures and Adversities.
And also...
Captive of Raven Castle by Jessica Greyson 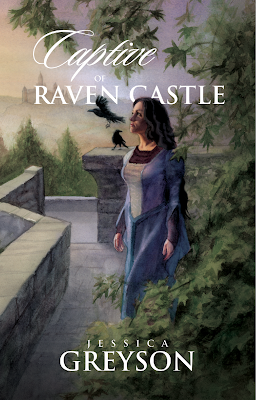 The troubled people of war-torn Chambria are on the brink of starvation, and a delicate princess with a recurring nightmare is their only hope. Alexandra knows that her value to her country consists mainly in her ability to marry well, but when she is kidnapped by the rebels and taken to meet the man claiming to be both Chambria's true king and her real father, her entire world falls apart. Will Princess Alexandra be able to untangle the web of lies and discern who is the true king and her father?


So there you have it! Two new books released out into the world at large. Must be scary for them, huh?


Have you read anything by either of these authors?
Posted by E. KaIser Writes at 3:10 PM

I feel so trendy! I recognize both these young authors! :)
Nice covers on both of them. :)

I am making my way through the Destiny series, slowly. I'm about to start the second book.

I read Annabeth's War by Jessica Greyson. I found it . . . hmmm . . . a little angsty perhaps. But I did certainly turn pages rapidly.

Yes! Hannah, you are now dubbed trendy! ;-)
And Sarah, I think I know what you might mean!
Thanks for commenting, girls!